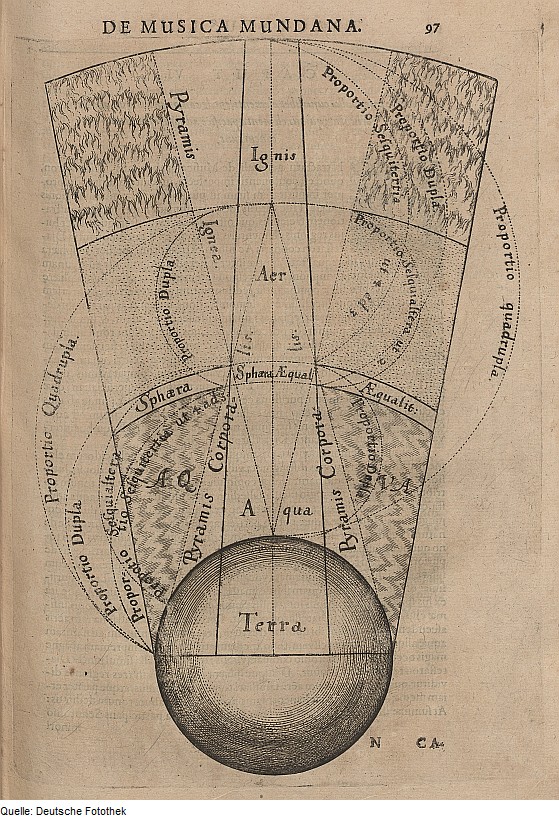 The principle of correspondences is one of the mainstays of any magical system. In the West this is one of the first points of magical philosophy to be learned in one’s magical training along with 6 other principles that have been summarized quite well in the Kybalion, a Neo Hermetic text. The Kybalion has had a great influence on the modern Western Mystery Tradition as it is practiced today. Most systems, in one way or another, teach about the 7 principles outlined in the Kybalion. The principle of correspondences summarized, states that things in the physical world are a reflection of the things in the spiritual worlds and vice versa. It is also stated in the Kybalion that there is a harmony and agreement across planes. This last part is very important as many correspondences in the West are not always in harmony with each other and do not agree across planes, let alone systems within the Tradition. The harmony and agreement of correspondences across planes should not be forced but instead should come about in a natural organic manner. Several students over the years have reported an inner turmoil, whether conscious of it or not, that occurs during meditation and working with the correspondence. It has caused some to leave one school for another or letting their interest in the Tradition wane completely growing weary of the inconsistencies. This should not be the case with a healthy evolving Tradition.

One of the most quoted passages of text in the Western Mystery Tradition is “That which is above is as that which is below, and that which is below is as that which is above, for performing the miracle of the One Thing.” from the Emerald Tablet of Hermes.  This passage is given as the rationale for the principle of correspondences, yet the rest of the text is usually ignored by many. Some schools though require that the Emerald Tablet be memorized, studied, meditated on, and applied to the individual’s spiritual evolutionary process as well as the whole of creation. When it becomes a part of your being the world and self become a very different thing. When this experience occurs one can clearly see that a disharmony or inconsistency in a set of correspondences can halt the process that the Emerald Tablet describes. An excellent analysis of the Emerald Tablet of Hermes can be found in Mark Stavish’s Kabbalah for Health and Wellness.

There is a way however to bring harmony back to the different sets of correspondences.  We need only look to the past of the Renaissance up until the late 19th Century. Magicians and Scientists were not at odds with each other during the Renaissance and in many cases overlapped their practices and discoveries in both fields. Alchemy was the system that seemed to form a bridge between both disciplines. Most of it’s correspondences have changed little over the centuries. One example of someone who acted as a bridge himself is Robert Fludd. He is the one who drew the image used in this blog entry. The practitioners during this time period examined different planes of existence and observed each one as corresponding to another. They were also keen observers of the natural world. For instance, they saw that elemental air reconciled fire and water and formed an intermediary substance or energy between the two in the Macrocosm, or large universe. In the Micrcosm, the small universe, they saw these same elemental substances reflected in the human physical body whose chest took air into the lungs, converting the fiery solar energy and then delivered through the body by the watery fluids of the blood and lymph. This same example is also seen in the Sepher Yetzirah, one of the earliest Qabalistic texts, corresponding with the three mother letters of Aleph, Mem, and Shin.

The discipline of Alchemy  has been practiced across most of the world from the past up to the present. All systems of Alchemy agree that there are at least 4 main elements. The elements are fire, air, water and earth. Many of the systems of alchemy also have a 5th element expressed by several different names. Some terms used to identify it are Spirit, Akasha and Aether. It is not within the scope or purpose of this article to identify which system of alchemy came first but rather that they have a shared terminology, meaning and correspondence. There are slight variations and unfortunately many have focused on their differences rather than their commonality. The underlying Perennial Philosophy is at the heart of all systems in all lands. Alchemy is one expression of the Perennial Philosophy that has endured at a global level. An excellent Alchemy resource with many primary texts is The Alchemy Website.

Sometimes writers will use the terms “elemental fire”, “philosophical fire” or a similar term to distinguish it from the everyday use of fire, air, water or earth. This is important as our modern point of view often interprets the meaning of a term from a different time period too literally. We have forgotten that many terms, especially in regards to magical and mystical practices and philosophies, generally had 3 levels of meaning. These levels of meaning are termed the literal, the symbolic, and the sacred.

There are numerous sources to choose from when researching what the different elements correspond to. Most sources agree with one another. It is not what each element corresponds to per se, but rather their order of manifestation in the West that should draw some attention.

Upon examining the diagram associated with this entry by Robert Fludd, you will see Terra-Earth, Aqua-Water, Aer-Air, and Ignis-Fire, each layered one upon the other. One way that was used to demonstrate this relationship was to fill a bottle or glass full of water then place it in the sun. Gaze at the bottle or glass and observe it. The glass corresponds to the element of earth and then the water with the air over it. Fire is represented by the rays of the Sun. Visiting a large body of water such as a lake or the ocean is also highly suggested. It is important to use one’s sense of observation and do one’s best not to place a preconceived bias upon the observation simply because an idea counter to the observation has been read or learned somewhere else before. Trust your Inner Teacher to guide you.

Some Qabalistic schools have placed Air below Water which seems to have its origin from a medieval interpretation of the Biblical term Firmament. Mark Stavish has stated in Between the Gates Lucid Dreaming: Astral Projection, and the Body of Light in Western Esotericism  that what is called here in this blog entry “the Natural Order of Elements” is used in Alchemy and Hermeticism. It would be hard to disagree with this statement. Please do some research trying to find a different order of the elements in Hermeticism and Alchemy. It will be an interesting experience. It is hard to track where the difference occurred in the more modern Qabalistic Magical schools, but it seemed to take place about the mid to late 19th century. More on that in a future post. If we continue to stay consistent with our observations of nature though, we find Fire being above Air, Air being above Water and Water upon the Earth. 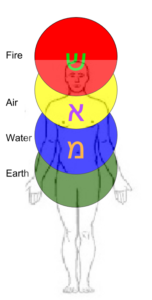 This diagram is based upon the 3 mother letters of the Hebrew alphabet and is taken from the Sepher Yetzirah. Although Earth is not given specific correspondences in the Hebrew alphabet it is stated quite clearly that Earth is generated from Water. This section of the Sepher Yetzirah is one of the bases that led to a re-examination of the Natural Order of the Elements and their correspondences in relation to the Hermetic Qabalistic system as a whole.

Spirit is missing from the above list but is integral to the Western Mystery Tradition as well. The best explanation one teacher ever gave was that Spirit is what is behind, within and around all things. It is all of them and behind them. Some have attributed Shin to Spirit directly. It would be better to say Shin is Fire and is most near to what Spirit represents rather than an equal correspondence. Something to meditate on and explore for one’s self.

The Natural Order of Elements, Fire, Air, Water, Earth and Spirit can be seen as a starting point for a magical system. If we apply this Natural Order of the Elements across planes and stay consistent throughout we will see that one change has a ripple effect on most of Hermetic Qabalah. The works referenced above, as well as The Temple of High Magic: Hermeticism Initiations in the Western Mystery Tradition  have applied this order of the elements to The 4 Worlds and possibly other areas. It does not seem that these correspondences were carried further as the ripple becomes a wave eventually causing a different system to wash ashore.

This will be explored in more depth as well as accompanying exercises, meditations and rituals to form a starting point. Keep in mind this isn’t a claim to anything new but rather just dissolving things and recombining them to form something different and more useful. If something works for you then keep doing it. If it doesn’t then maybe this will guide you in another direction that does.

It is being in a state of Harmony with the Divine and Nature that we become true Instruments of Omneity.

One thought on “Harmony, Correspondences, and The Natural Order of the Elements”